Recycle Week 2021: This year ‘Step It Up’ in the fight against Climate Change!

Merseyside Recycling and Waste Authority (MRWA) is proud to ‘Step It Up’ this Recycle Week in the biggest and best Recycle Week ever.
Recycle Now and MRWA are asking residents to ‘Step It Up’ in the fight against climate change and take action to protect our environment through even better recycling habits.
This year Recycle Now welcomes a celebrity ambassador to front Recycle Week and is delighted to be working with TV Presenter, Invictus Games Medallist and Strictly Come Dancing Star JJ Chalmers for the national campaign.

JJ is a keen environmentalist and is partnering with Recycle Now to inspire the nation to ‘Step It Up’ in the fight against climate change. JJ Chalmers said, “I’m thrilled to be part of this year’s campaign. I’m passionate about the environment and how we can battle climate change. I am delighted to be working with the Recycle Now team on what has become a really important week of action across the UK. I really want to encourage people to look at what they are doing and how they can ‘Step It Up’ and do even more… even better.”
Recycle Now and MRWA are asking the nation to ‘Step It Up’ and perfect our recycling habits.

Latest research from Recycle Now reveals that almost 9 out of 10 people now recycle.
However, 55% of households put items in the general rubbish bin that can be recycled. This, say Recycle Now, is where we need to ‘Step It Up’. We can all help fight climate change by recycling because recycling currently saves 18 million tonnes of CO2 every year, which is the same as taking 12 million cars off the road.

And if you’re at all unsure about how to recycle a specific item, remember that www.recycleright.org.uk can show you exactly what needs to go in the recycling bin where you live!
Craig Stephens, Campaign Manager for Recycle Now: “This year Recycle Week is focussed on how recycling can help fight climate change and how by recycling even better we can have a bigger impact on our environment. More and more of us are recycling, so the next step is to make sure we get our recycling right.”

To find out more about Recycle Week click here. 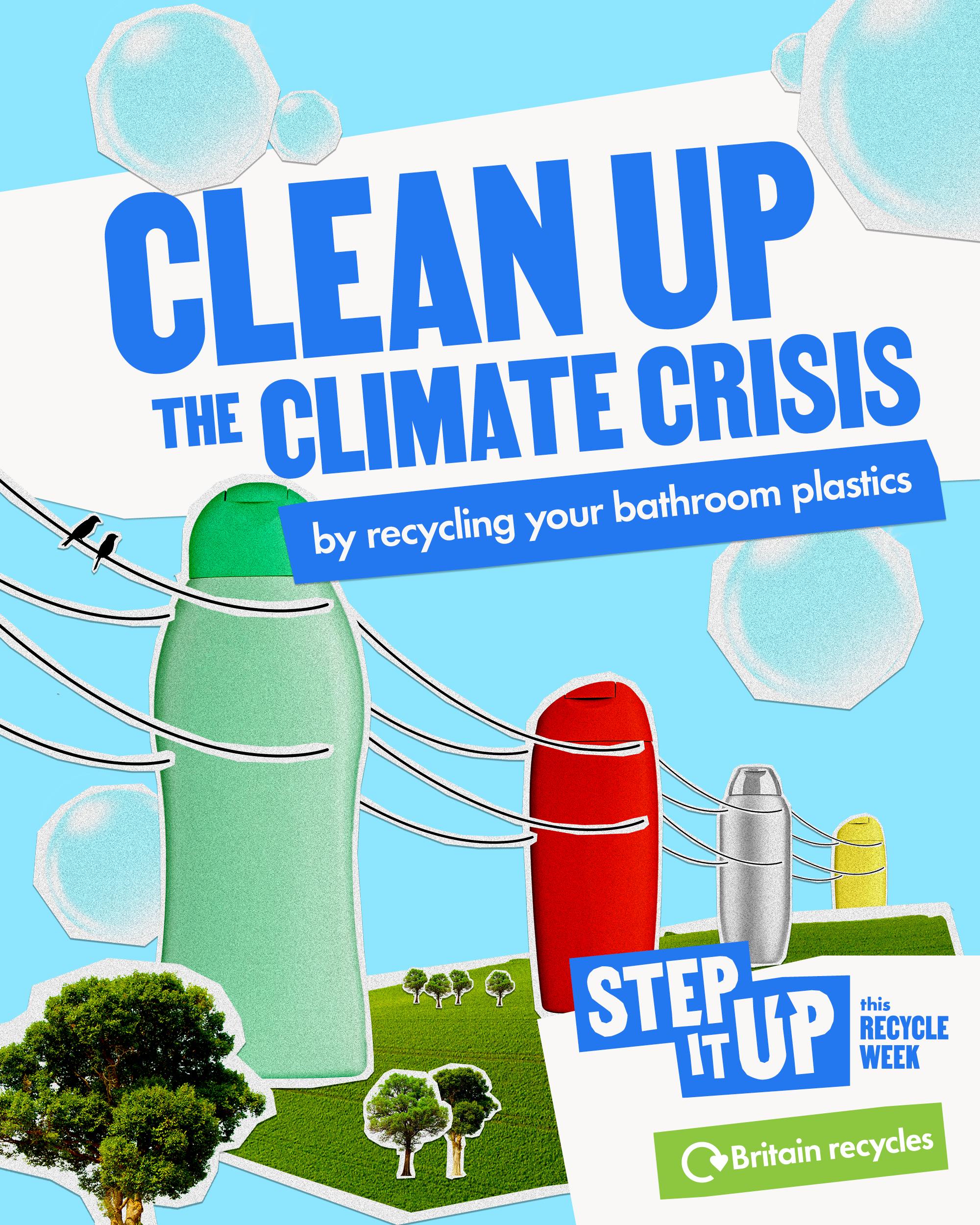